Intro to my Voxel Engine

I don’t really have a name for this project, so I have just been calling it “Voxel Engine” …

What is it? An application that renders cubic voxel, creates terrain through procedural generation and is controlled through Lua scripting. Well that’s the goal :P

Voxel Engine is made using my opengl library SGL

Here’s what it can do so far: 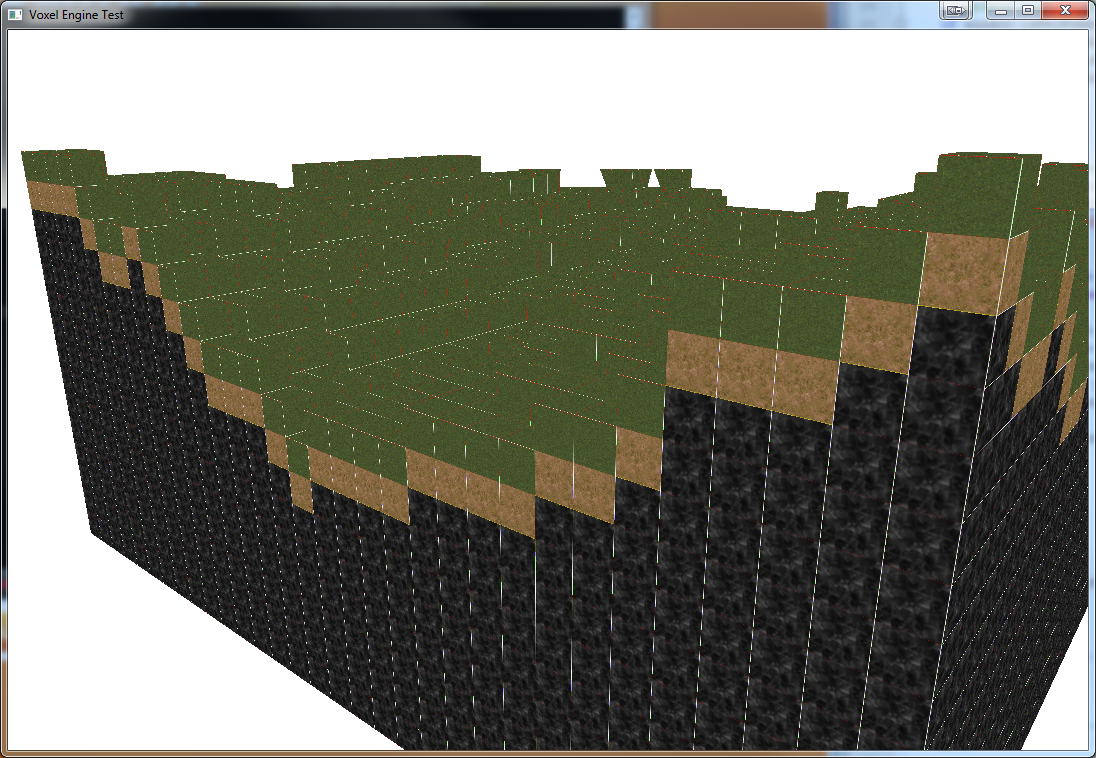 With a little shading: 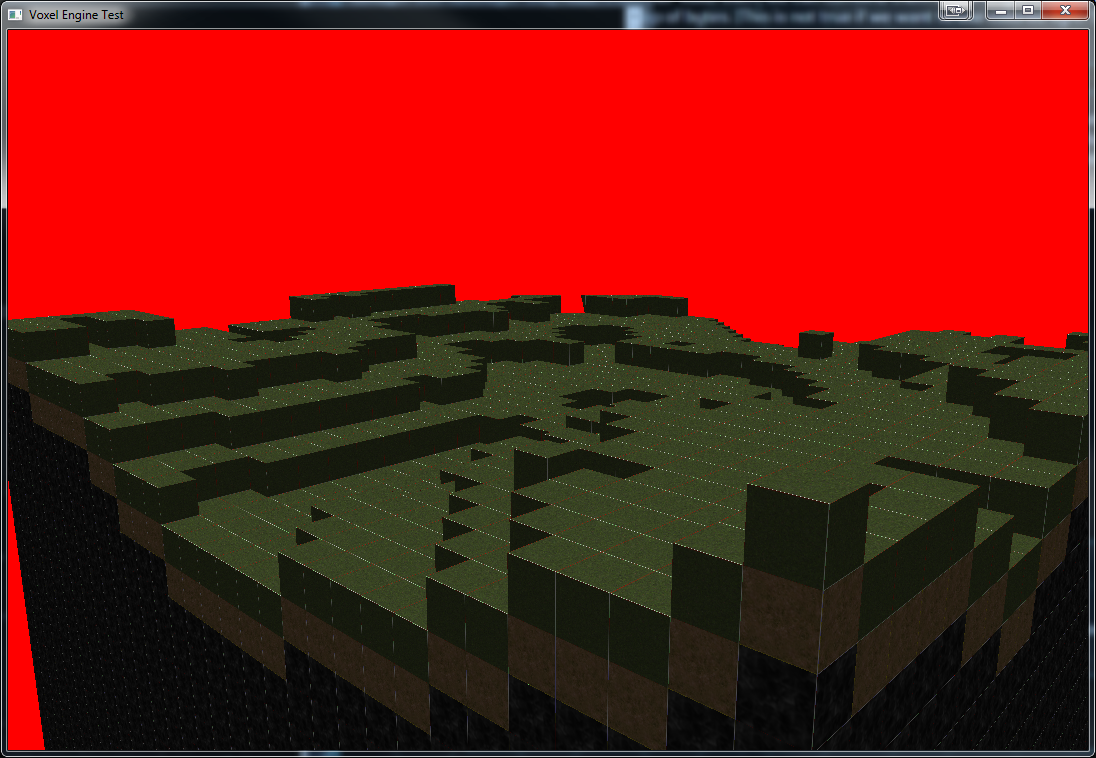 So not super impressive visually, though I think it’s pretty neat!

I’m still working on the under the hood stuff (mainly chunk managment).

And the script that generates the world:

The idea here is that a chunk manager is a grid of blocks that the user has control over, to make a height map terrain for example. Eventually there will be multiple chunk managers interacting together. So one manager can be terrain and another can be a building or a character.