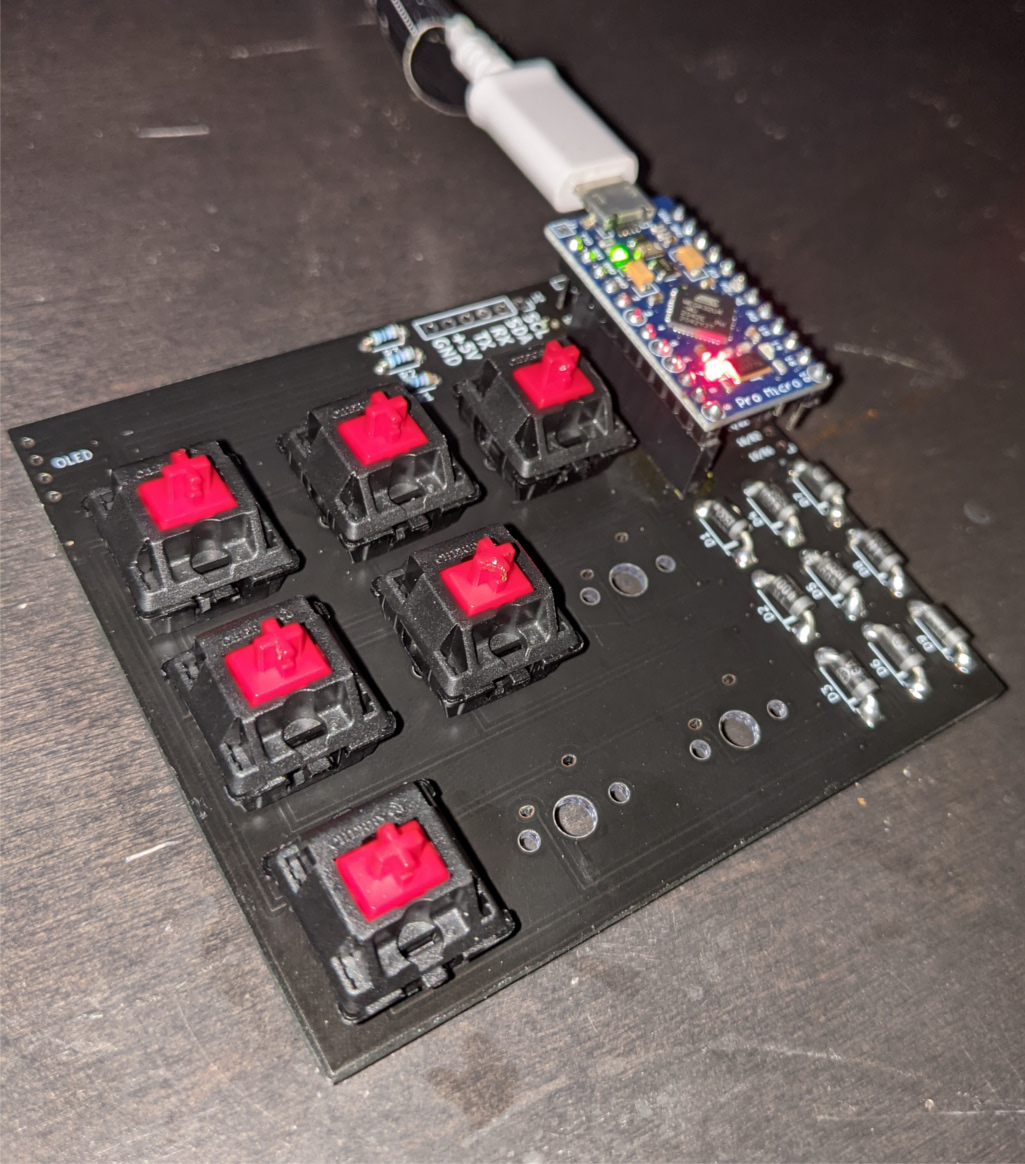 I’ve been intrigued by DIY keyboards recently so figured I’d put a little prototype together. This is a keypad based on and Arduino Pro Micro.

(The keys I bought were kind of cheap and broke while I was doing soldering re-work. That’s why the image above is missing 3 keys)

This board supports a 3x3 key matrix and an OLED display.

A key matrix is used to optimized the number of GPIO required to read key presses. In this case 6 GPIO are needed to read 9 keys.

Column GPIO are outputs and Row GPIO are inputs (with a pull-up resistor).

Columns are pulled LOW to select the column and Rows are read to determine which keys are pressed.

Diodes are placed together with each switch. This is to prevent “ghosting”, where a combination of key presses results in the micro controller reading key presses for switch that are not pressed. 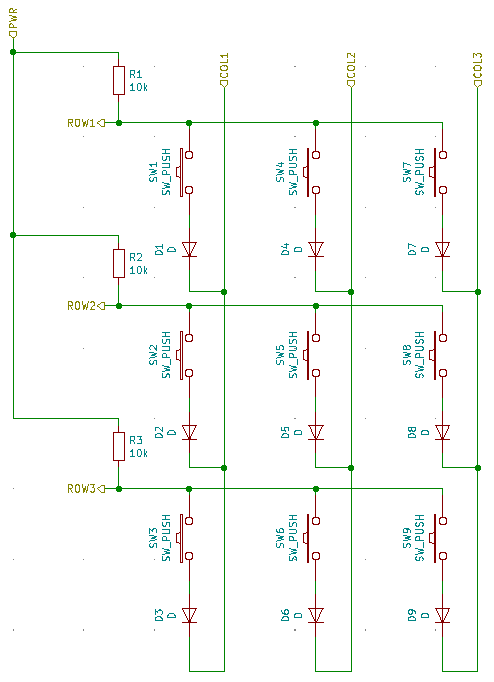 The Pro Micro has more then enough GPIO to support a 9 key matrix and it is very popular in the DIY keyboard space.

The proof of concept was trivial with Arduino’s Keyboard library.

I’d like to try making a full sized keyboard, though I won’t be able to use the Pro Micro since it doesn’t has enough GPIO. Regardless of the MCU choice, the key matrix circuit is extendable.